Home / Games and Sports / Tennis / It’s the tension in nerves, not in the racquet, that lashes the win 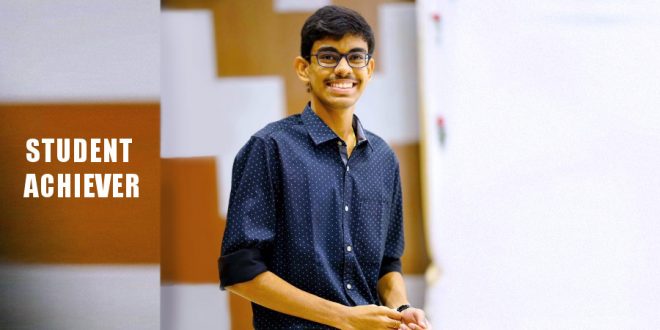 It’s the tension in nerves, not in the racquet, that lashes the win

“Not everyone is bound to be a player, it’s an opportunity not everyone gets. Once someone starts to love a certain sport, it is so tough to stop doing it”, says this young soul from Visakhapatnam. Meet Raviteja D S S, a vivacious 21-year old tennis player and a student from GVP College of Engineering (Autonomous), who believes “A major part of successful living lies in the ability to put the first things first. The reason most major goals are not achieved is that we spend our time doing second things first.”

Raviteja hails from Kakinada, Andhra Pradesh. His father is a businessman and mother is a homemaker. He likes trying out various sports, howbeit Tennis is his favourite and watching movies, listening to music and dancing interests him.

His schooling happened in his native town Kakinada itself, where his intermediate education continued too. “My school days were memorable in my life for more than a specific reason to come up with, Tennis being the best amongst them”.

He conveys “I had been playing tennis since 4th grade. It all started when my Uncle who was working in Australia then, gifted me a racquet. I remember, my first competition was a selection tournament where I lost in the first round to a very low score. I then realized that Rome was not built in a day and neither does success come at once. Thence, I never missed a practice day”.

When asked the reason for tennis being his special, he displays that it always gave him happiness. The unique thing in tennis is that love has no value in it. It means zero on the score board. So, staying in love with the unnecessary means actually losing.

Everyone faces hardships at some stage. Can a single unstable decision prompt it?

He opines, “Certainly! Have hope, the lesson you inherit from hard times will gift you a direct ticket to the hallway of success. In intermediate, I stumbled upon every decision I took. The academic schedule I was immersed with, gave me no time to work on my passion. I was extremely depressed and soon realised that studies cannot draw me happiness and from then tennis is the first priority post my degree”.

Anatomy of your play:

“I am left handed player. My favourite trick shot is the Tweener. I admire the skills of Roger Federer so much and idolize him. It is him whom I look up to whenever I feel down just to find hope that everything will get better sooner. My grandparents and my parents supported me in every decision I took”, expresses he.

What runs in your mind while you play?

“If I can win the game with the practise I had, Yes!” Laying a correct strategy, the earliest is what it takes to draw that win, not to forget sticking with the basics. That doesn’t come in advance since it is a combined product of hard work and perseverance. By the nightfall, the lesson whether you have enjoyed the game and learnt something from it matters the most.

Your motivation is to ..

never be satisfied with the success. There is always someone to knock you down in this field. Staying motivated in the hard times is the key and it takes a thousand times the hard work to achieve it.

How do you tailor yourself mentally, especially for Tennis?

He tells, “I always try to get myself busy in what I love the most and spend most of the time on it. That’s the best thing we can do to align ourselves mentally. Be mindful! an empty mind is devil’s workshop”.

Abiding to his childhood ambition, he always wanted to make a career out of tennis. So, he is planning to join in some good academy abroad while M.S. backs me up.

A piece of advice for every student out there is..

Right decision at the right beat makes all the difference in life. Be careful and choose the path that leads to happiness so you neither have to look back again nor give up midway.

Sai Charan V is a passionate Content Writer and Graphic Designer. He has the urge to spread art and creativity in every work he does. Art, dance, music, games, and blogs have taken him away ✔️ He is Self-motivated and..... "A bit more creative guy than you know"
@https://twitter.com/heysaysai 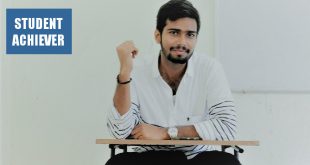 Student Achievers Series - "What makes our life more enjoyable is our inherent ability to change. If you are not making a change, you are not growing", is what this 20-year old student from Visakhapatnam believes in. Meet Sai Karthik Kumar Dharanikota, the buzzing student from GVP College Of Engineering (Autonomous), the topper of the college in the first year and the topper of Mechanical department for all four years.