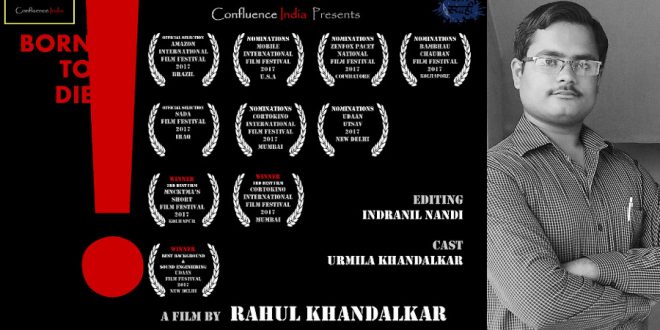 Ignited by artistic creativity and constrained only by their duration, short films have transformed traditional storytelling. With the growing influence of the Internet, short films are increasingly attracting more viewers and have become a popular medium for story-tellers today. Born To Die, a touching tale on female infanticide by Rahul Khandalkar’s Confluence India Films, has made headlines as it has been honoured with four awards in international short film festivals and has also bagged nine nominations and seven official selections in various short film festivals.

A student of Kendriya Vidyalaya Sangathan and graduate from IAAN School of Mass Communication, Delhi, Rahul started his media career with Dainik Bhaskar and today he is actively involved as a freelance journalist and writer for many channels, newspapers, web portals and magazines in Delhi. As a film director, producer and writer, he has been associated with many short films and documentaries, many of which have earned international acclaim. In addition to these, Rahul is also a core member of many international and national film festivals in the country. He has made significant contributions in setting up of Rising International Short Film Festival, Pune, Miraj International Film Festival and Ahmednagar International Film Festival.

My hobbies include Writing and Conceptualizing things which brought me closer to films. From early stage of my life, I started comparing Indian Cinema with World Cinema which led me to make a kind of cinema which is not often made these days i.e; Artistic Cinema. All my films can be categorized as Art Films. That might be the reason why films of our production house are consistently getting honoured especially at international film festivals throughout the world.
Rahul Khandalkar

Born to die is a very touching tale of female infanticide that shakes up your belief system. It is only a 5 min long film but its specialty is that it has been made in a very creative and unique way with no characters and no dialogues but yet has the capacity to stir your soul. Perhaps, this is the reason why this movie is receiving critical acclaim at national and international levels. The film is shot with the depiction of two hands and a sprout and the life of a girl has been shown using a growing plant as a metaphor. It portrays the harsh reality of how girls are killed in the womb or immediately after birth due to gender bias. Rahul Khandalkar is the producer, director, writer and cinematographer, editing and sound was handled by Indranil Nandi with Urmila Khandalkar playing an important role in the film made under the banner of Confluence India Films.

Hailing from Solapur, Maharashtra, and currently based in Delhi, Rahul struggled a lot to make a mark in mainstream cinema for which he worked as an assistant in various films and film festivals in the industry for years, but today he has created his own brand in the industry. As a film maker, he is associated with Bollywood, Tollywood and mainly Marathi film industry. Talking about his current projects, Rahul is working as an executive producer and publicity designer for one Bollywood and two Marathi films (Dandam and Thigal) that are slated for release in the near future. Apart from this, Rahul is going to release two more short films in this month under the banner of Confluence India Films whose titles are Preserve and Footprints.

Born to die has filled me with a new energy and motivation that yes we all are going into right direction and we can do much more better. It has strengthened our belief that we are no less than any other Production house of International repute.
Rahul Khandalkar 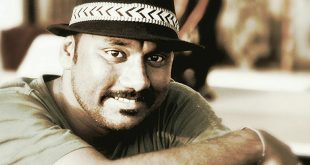