The bunch of fresh talents made the audience roll with laughter with their great dialogue delivery, punches and brought humor with the comic timings and amazed the audience with their superb performance. The most impressive thing to be mentioned here was that the crew of actors were from a diverse age group of 4 to 40 years. नारद झाला गारद being a folklore based drama it was surprising to see the flawless performance on stage where even the 4 year olds were seen displaying loud body language ( being the requirement of the script) confidently. The Hanuman was even doing somersaults on stage to ensure that the artists are put through the stress test on stage (which they passed with flying colors).

The roles were interchanged based on age of the actors. The characters of Narad, Pendya & Krishna were played by Sharvari Nagargoje (age 9) Siddhi Pandav (age14) and Sanskriti Landge (age 9) respectively. The characters of Hanuman, Bhakt Pralhad and Dhruv baal were played by Param Walke (age 6) Shourya Bhise (age 5) & Vedika Nighute (age 5) respectively. The Gavlanis, Radha and Maushi were the handsome students Shashikant Ingale, Janardhan Gode, Akshay More Patil and Avinash Baoker, draped beautifully in sarees which added fun to the play. They were supported by two beautiful gavlanis Akshaya Mankame & Hema Pande. This team of 12 artists and a percussionist beautifully crafted, designed and very well presented the play. 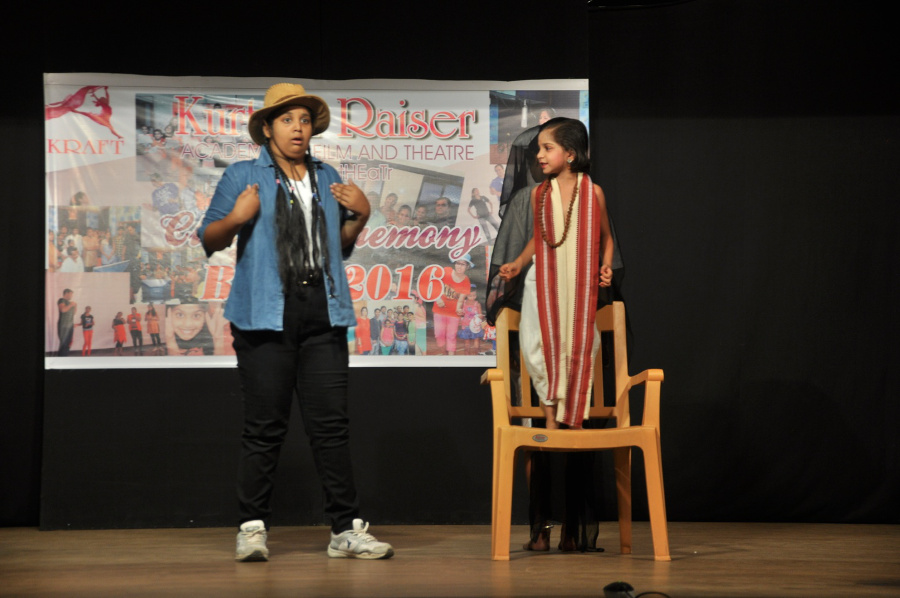 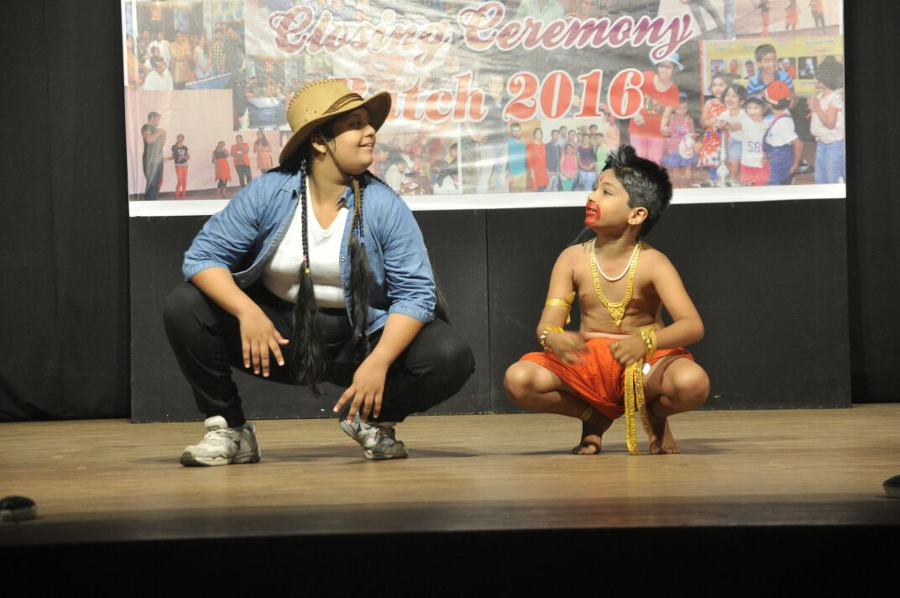 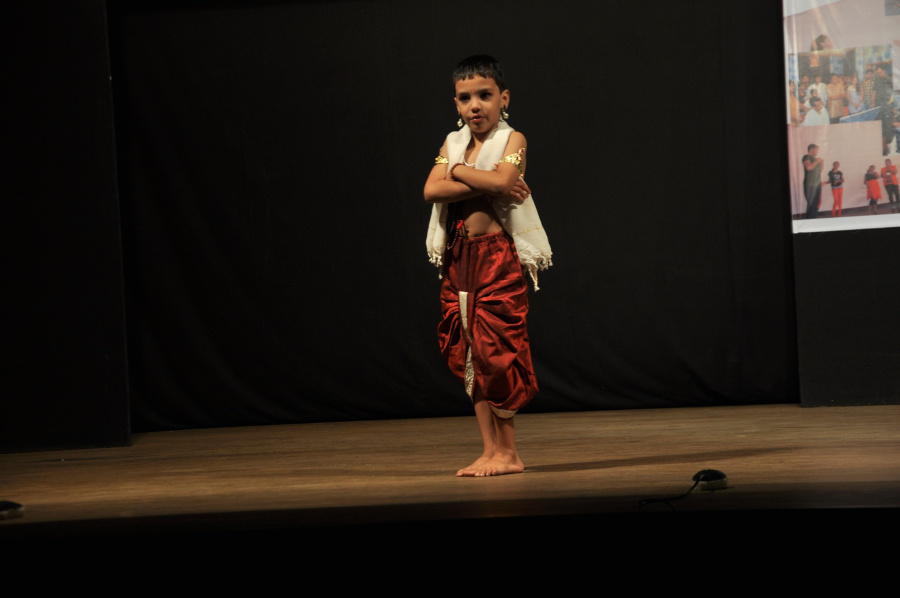 This event was witnessed by the stalwarts of Film & Theatre world like Sandesh Sudhir Bhat (Suyog Productions), Harshit Abhiraj (Music Director) and Ratnakar Shelke (Shelke Dance Academy). The guests were all praises and Sandesh Sudhir Bhat made a special mention that KRAFT has been instrumental in moulding students into artists which is a boon to the entertainment industry .

A feather in the cap was when Sudha tai Karmarkar, founder of India’s very first children workshop Little Theatre (Estd 1952), handed over the legacy to continue activities of Little Theatre to Nameeta & Prashant

Prashant Girkar is an established film maker in the world of entertainment and is well known for his movies Issyaa,Saakar, Yeh Khula Asmaa, Tujhya Majhya Sansarala Ani Kai Hava and numerous serials and plays. He has been an assistant to Vinay Apte, Machindra Kambli, Damu Kenkre, Ratnakar Matkari, Debu Deodhar and many more. He has conducted numerous workshops to share his knowledge and experience of 27 years with those who take theatre seriously