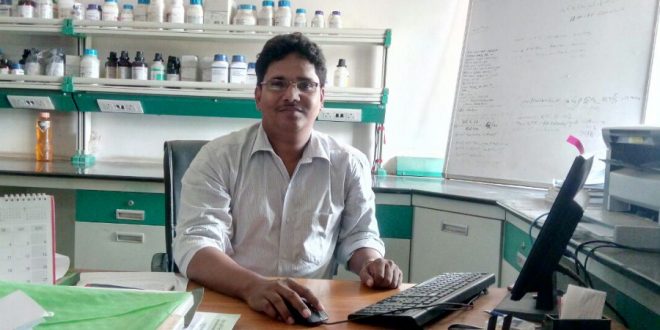 With a billion-plus mouths to feed, and counting, the increase in food demand has augmented pressure on farmers to produce more with fewer resources. Biotechnology, in agriculture, has emerged as one of the most powerful and immensely useful tool to meet our food and nutritional security. With increasing knowledge of genetics, researchers have accelerated the improvement of crops for enhanced yield and quality. Meet one such leading researcher Dr. Ravi Ranjan Kumar who works as Assistant Professor-cum-Junior Scientist, Department of Molecular Biology and Genetic Engineering, Bihar Agricultural University, Sabour. He is a recipient of Young Scientist in Plant Molecular Biology – 2017 Award of Venus International Foundation for his contribution, research excellence and accomplishments in the area of Plant Molecular Biology.

Dr Ravi always wanted to pursue research and a career in Education. He received his M.Sc. and Ph.D. Degrees in Biotechnology from Gulbarga University, Karnataka in the year 2007 and 2012 respectively. He availed UGC JRF/SRF during his Ph.D and also qualified for National Eligibility Test conducted by CSIR, New Delhi. He began his career as Research Associate in Institute of Biotechnology, Acharya N G Ranga Agricultural University, Hyderabad. There he got an opportunity to work on molecular breeding aspect on maize crop under Dr. S. Sokka Reddy, India’s topmost maize breeder.

Later on, he joined as a Scientist (Plant Biotechnology), in Vidya Pratishthan’s School of Biotechnology, Baramati (near Pune) in order to work on transgenic soybean. The then Director of that institute, Dr. Sushma Chaphalkar given him opportunity not only to work as a researcher but also to flourish as a teacher, whereby he taught B.Sc. and M.Sc. students as well at the institute.

Bihar state is majorly based on the agriculture. Farmers of this state are real contributors towards the state economy and growth. My research is based on local problems and applying modern biotechnological tools to accelerate varietal improvement programme that will be helpful for our farmers.
Dr. Ravi Ranjan Kumar

Dr. Ravi has worked on identification and characterization of drought resistance genes in pigeonpea and isolated 262 Expressed Sequence Tags (ESTs) which has been submitted to National Centre for Biotechnology Information (NCBI) Gene Bank. He has worked on maize, soybean and pulse crop (chickpea, lentil and lathyrus) in aspect of marker assisted characterization and molecular breeding. His present research work is oriented towards the plant molecular biology and pulses improvement through biotechnological approaches.

Crops suffer with major biotic and abiotic stresses. My team looks for opportunities to work for farmers as well as assisting our plant breeders using biotechnological tools and techniques in order to accelerate the present breeding and crop improvement programmes.
Dr. Ravi Ranjan Kumar

He has published about 35 research papers, review articles, book chapters in national and international journals of repute with more than 100 citations. He has authored a text book of Biophysical Techniques published by Kalyani Publishers, New Delhi. He has also published 4 practical manuals and edited three conference souvenirs and proceedings books.

As a plant biotechnologist, Dr Ravi is one of the core member of pulse improvement research programme undergoing at Bihar Agricultural University, Sabour. He is also office in-charge of Student guidance cell of his department where he guides students of B.Sc. and M.Sc. who are willing to pursue their career in Agricultural Biotechnology sector through higher studies like JRF, SRF, ARS and NET. With the help of other colleagues, he conducts special classes for the students after office hours. He is also involved in extension activities like Kisan Help Line, Kisan Mela as well as human resource development. His work geared towards crop improvement will go a long way in helping solve our food security challenges. 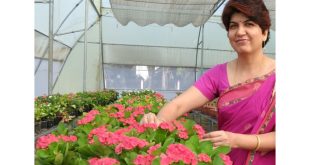 Educator on a mission to boost Floriculture in India