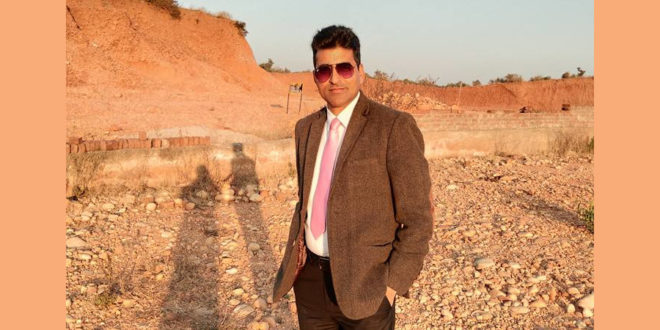 Giving wings to dreams of career in Civil Services

Even though civil services has become popular among the youth of Jammu and Kashmir, those from border areas and with limited resource still lack the necessary exposure to competitive exams. But the aspirants of the valley have a reason to cheer now. In the months of November and December, comprehensive Mock Tests, called Very Similar Test, on the lines of UPSC exams were conducted in Poonch and Jammu, thanks to the collaborative effort of over 200 volunteers and multiple organizations. Ably led by Dr. Shamim Banday, noted Zoologist, Educator, Reformer and Social Worker of Poonch, who had conceptualized the exams, they were a big success and saw participation of over 2000 students in each city.

Convincing and making students and their parents aware about competitive exams was one of the biggest hurdles. I am thankful to the parents who reposed faith in us.
Dr. Shamim Banday

The entire exercise was conducted in a professional manner right from planning to execution. The exams were organized at 14 different examination centres in Poonch and Mandi in November and at 16 centers in Jammu in December. The question paper was prepared in accordance to various competitive exams by a team of experts. The secrecy of papers was ensured, every single aspirant was provided with a roll number and each centre had adequate scrutiny and invigilation procedures. The support received from the teaching fraternity was phenomenal. Dr. Banday says, a team of professors from various states, who had come to Jammu University for a refresher course in November, had volunteered to undertake the evaluation activities for the exam conducted in Poonch.

We had kept a nominal fee of Rs. 20/- for the exam considering that not everybody can afford to enrol for costly courses.
Dr. Shamim Banday

It was a sweet culmination of painstaking efforts undertaken by Dr. Banday and his team who approached students from remote border areas, creating awareness about competitive exams, motivating them to appear for VST and sought support from their parents, local youth and teaching fraternity for the exam. Their efforts bore fruit and the event saw the highest ever participation in the region from over 2000 students for each exam which included school and college students, graduates and even post graduates with aspirations in civil services.

Our main aim was to create awareness about competitive exams among the future generation. More than a degree, it is important to stay ahead of the competition.
Dr. Shamim Banday

Awards were announced in junior and senior categories for exam conducted in Poonch. Officials from Poonch District administration also took a note of the event and graced the exam centres on the day of the exam and appreciated the efforts. Various prominent dignitaries graced the valedictory function and hailed the efforts of Dr. Banday and his team. The event also received good support from local media. Dr. Banday says the results of the exam conducted in Decemeber in Jammu will be declared in January.

I have been approached by various organizations to conduct such exam in adjoining areas. We are planning to bolster our efforts to cover multiple regions and conduct such exams regularly.
Dr. Shamim Banday

An award winning Asst. Professor of Zoology, working in Government Degree College, Poonch, Dr Shamim Banday has been instrumental in making his district shine on India’s map. Apart from his teaching assignments, he dons various hats in his college – he is co-ordinator of add-on course in sericulture, co-ordinator of skill development programmes, NSS programme officer, member of cultural and library committee and member of IQAC.

Dr. Banday has devoted himself completely to the betterment of the society. He finds solace in helping others. He is the Chairman of Abdul Majid Bandey Educational and Welfare Society, member of Al madina trust and runs two schools in remote Arai village for poor and downtrodden students free of cost. He is also running Super 30 College of Competitions where he coaches underprivileged students for IAS / KAS exams. He is planning to start new projects especially in the areas of pest control of different crops and also in Skills development. He continues to fight against social evils especially drug addition and double his efforts on environment conservation projects in Poonch.