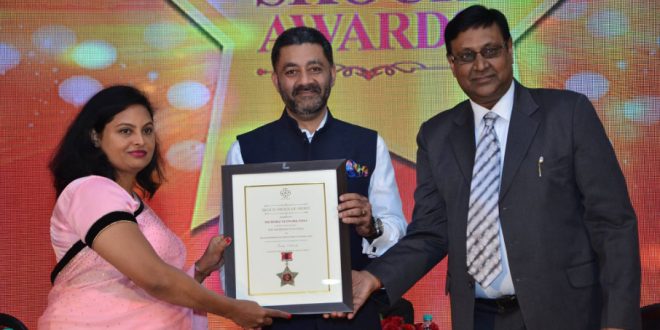 The World Health Organization estimates that there are 3 million cases of pesticide poisoning each year. Chemical pesticides not only deplete the nutritional value of our food, but they also contaminate it. On the other hand, pests have become increasingly resistant to pesticides and growing crops is becoming expensive day by day, resulting in a steady decline in the farm yield. Children, and indeed all young and developing organisms, are particularly vulnerable to the harmful effects of pesticides. Microbiz Network India (MNI), an Agro Tech company based in Mumbai has developed and mastered a technology that makes the use of harmful chemical pesticides redundant. They have been recently honoured with the Skoch Order of Merit Award in recognition to their efforts in developing technology for inclusive growth of farmers, environmental damage control and sustainable farming.

MNI is an inventor, developer and manufacturer of environment friendly products and services. Shahnaz Shaikh (Founder, CEO) and Khalil Shaikh (Co-Founder, Sales Director), officially established MNI in the year 2013 but its seeds were actually sown much before. Shahnaz, a microbiologist by profession started her career in Solapur, Maharashtra as a Jr. Scientist in a company making microbiological formulations for agricultural applications. Later, she devoted much of her time to study Entomology before starting her own venture. Khalil, an Industrial Electronics and Computer Engineer by profession, is a techno commercial expert who has worked in several Indian and multinational companies engaged in Software Development, Telecommunication, Broadband and Electronics Manufacturing.

Their aspiration was to develop a technology based on two key objectives, first was to lure the harmful insects (vegetarian insects – those who damage the crop by feeding on them) so that they can be trapped and second was to keep the predators, parasitoid and pollinators (insects that are beneficial for the crops), away from the trap. After an exhaustive research spanning six years on insect behaviours and their sensory system and conducting multiple field trials at various locations in different geographical and ecological zones, they were successful in their pursuit. MNI invented, designed and developed proprietary technology of Electronic Pest Control Trap that primarily works on the principles of effective communication with the sensory system of insects using electronic systems. They started manufacturing these electronic pest control traps from the first quarter of the year 2014 for commercial applications.

In the beginning, even before official launch of the product and buoyed by their successful invention, Shahnaz and Khalil tried to establish a nationwide sales network and appointed 600 plus sales agents all across India with the help of a dedicated team of 7 HR executives in 6 months. Despite of having such a huge sales force, it took them more than six months to sell the first unit of AS9007E and going through those maiden six months was very painful for them. The duo failed miserably in their sales strategy and ended up in losing big chunk of their working capital. However, they soon did a course correction and started investing in digital marketing technology through social media to target right audience by sharing effective information with them to convert them into potential buyers. The move paid off and their sales jumped.

Making growers / farmers believe in our technology was a difficult task; they doubted our claims about the effectiveness of the product. The product evaluation report by ICAR-KVK, Baramati helped us lot to gain the faith of agrarians across the world.
Khalil Shaikh

We decided to enter into an environment friendly, nontoxic, agriculture pest management business to serve the most deprived global farming community by reducing their input cost of crop protection and improving their living condition by minimizing their exposure to highly toxic chemicals.
Shahnaz Shaikh

Our environment friendly technology plays an important role to make our food, our air, our water, and our soil free from toxic chemicals. The real solution to our pest and weed problems lies in non-toxic and cultural methods of agriculture, not in pulling the pesticide trigger. A sustainable method of pest control is key to our families’ health and the health of the environment.
Khalil Shaikh 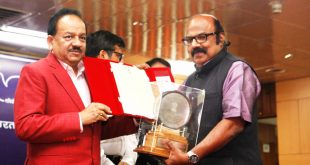