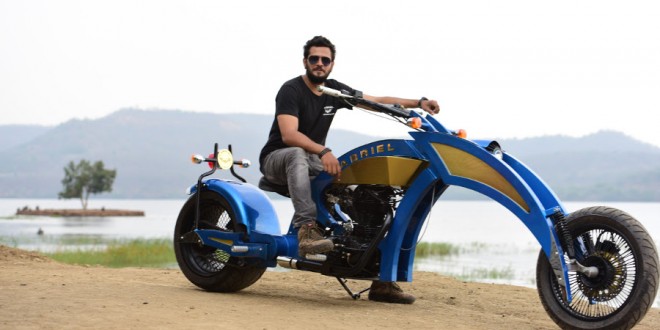 Conan Fernandez of Gabriel Motorcycles, The Guru of custom bikes in Pune

Gabriel Motorcycles started by Conan Gabriel Fernandez is Pune’s premiere custom motorcycle builder today. Their one-of-a-kind custom bikes are built with the quality and craftsmanship you would expect from a motorcycle.

Born and brought up in Mumbai, Conan is an engineer at heart since childhood. He would always experiment on his own bicycles by buying ‘useful’ scrap from the local scrap dealers. When he was 16 years old, he already had 11 bicycles which were custom made by him, for himself from scrap. He studied Mechanical Engineering from L&T College of Engineering in Powai where he learned the nuances of theoretical and practical knowledge of automobiles. His father was an inspiration and his hero. His father owned a bullet and taught him to ride it; it was a fuel to Conan’s imagination to combine his Engineering and Royal Enfield Bullets. 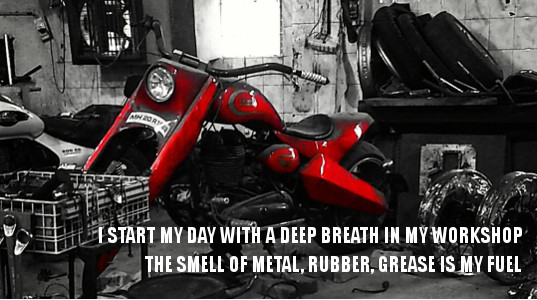 After completing his Engineering, he was employed with reputed companies like Eicher Motors (Thane) and Al Shirawi Equipment LLC (Dubai). After spending close to 6 years in the industry, he felt his calling was somewhere else. Though he liked his job it wasn’t mentally stimulating and did not bring out his creative best. He felt he had a lot to achieve and leaving behind a lucrative job in Dubai was quite a difficult decision. However, he made up his mind and gave up on his job in Dubai and returned to India.

He moved to Pune and invested in a start-up for bikes’ spares, accessories and servicing and dealt with used Royal Enfields which would give him a visibility to the industry. His startup was a dedication to his late Father Gabriel, hence the name Gabriel Motorcycles. He had a dream to own a workshop with his father and use his father’s support and expertise to build an enterprise for them. He struggled with his new business, but his passion gave him the high to carry on. The business did pretty well and he also modified his first bullet in 2005 for a guy from Kashmir. He was Gabriel Motorcycle’s first client and was pretty happy with the mod-job.  A few years into this business he had to attend to a major setback in the family which required undivided attention due to which the business suffered. He had to shut shop to take up a full time job in the corporate industry again and set his passion on back burner for a while.

Though he could not dedicate his full time to his love of bikes, he continued doing a lot of research and development and planned his future ventures.  When things normalized in a matter of two years, he took a big leap by quitting his job and again invested his time, money and energy in his passion which was dedicated to customizing Enfields. He started his workshop where his good-will got him a project of rebuilding a 1984 Royal Enfield Standard 350 for an Airforce Pilot which got him quite a few accolades and thereafter, there was no turning back. 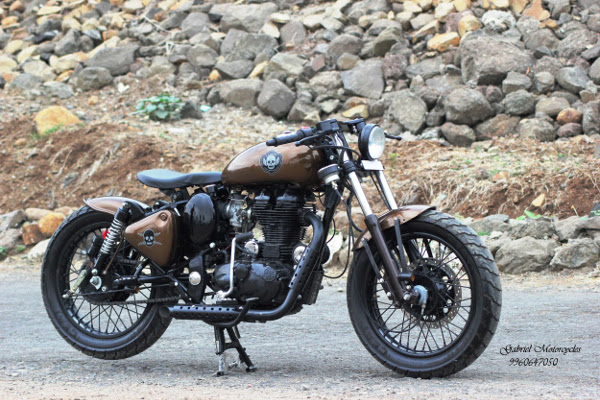 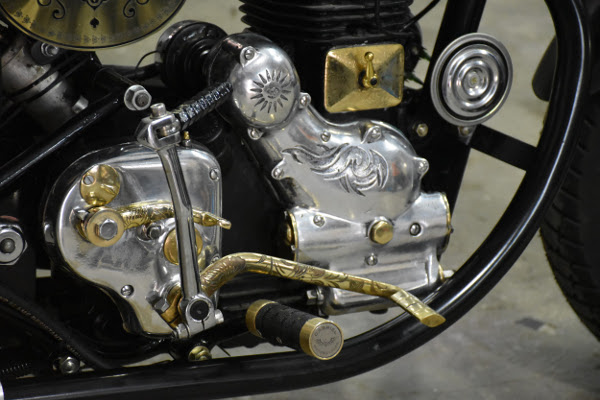 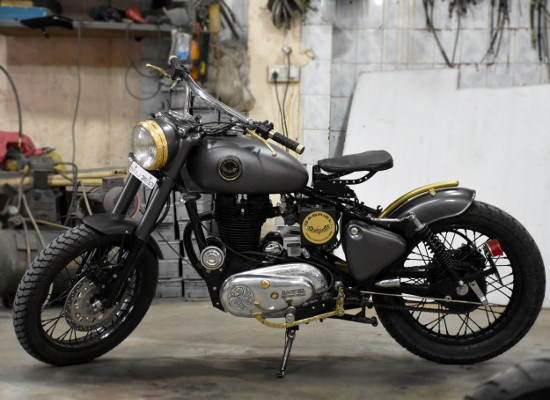 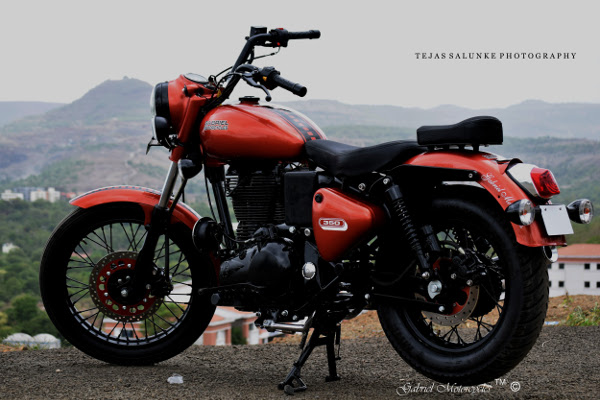 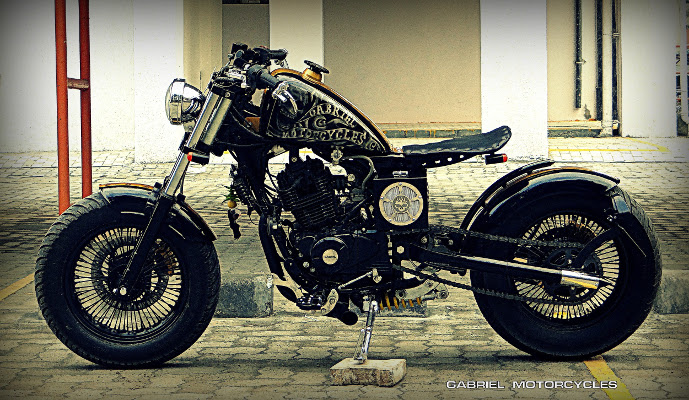 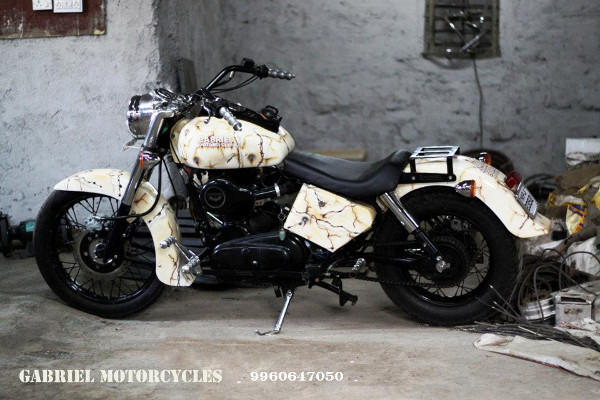 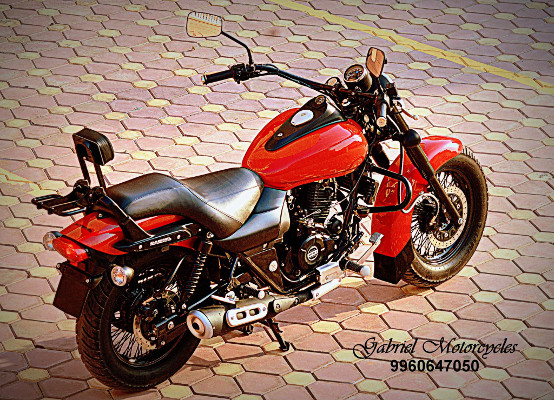 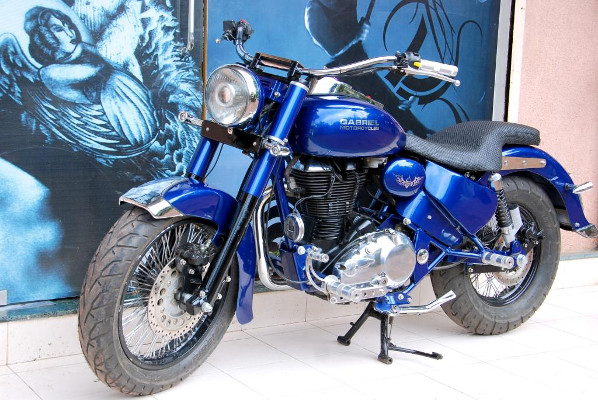 He now customizes all other bikes with  the Royal Enfield still being his major chunk of business. Today, he also manufactures customized spares and accessories like handle bars, wheels, foot controls along with some great contribution to the differently abled. It has been almost 13 years that he is religiously following his passion. The records show that he has catered to over 200 customers in the past 2 years which includes complete mod-jobs, bikes for the differently abled, custom spare parts and accessories like pannier boxes, wheel rims and is still counting. 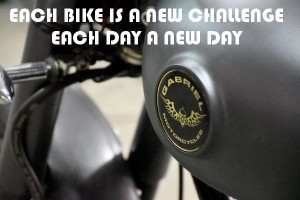 His passion has brushed on his team and they are as dedicated to their jobs as he is to his business. He always believes that in business two parties should always be kept happy – the customers and the employees. What we like the best is his workers wearing t-shirts with his favourite mantra written over it ‘Respect – You Give it, You Get it‘.