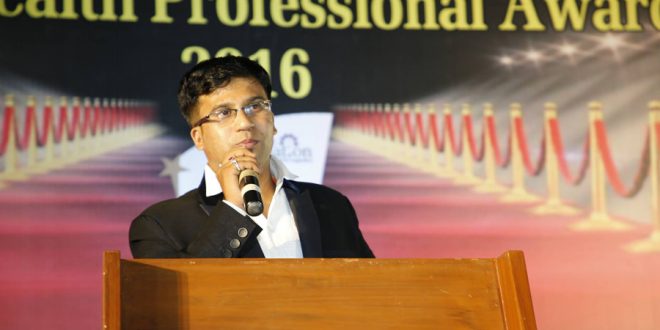 There are many healthcare professionals in India from different specialties who are contributing selflessly in various aspects like New Clinical Innovations, Minimal Invasive Surgeries, Clinical Trials, Operating rare clinical and challenging cases, Organizing Free Medical and Dental Camps and through innovative Social Startups. Dentist Dr. Swapnil Bumb from Pune, under the banner of International Research Organization for Life and Health Sciences (IROLHS), has conceptualized and created a platform to recognize the illustrious work of such professionals and organizations at national level. The first edition of Indian Health Professional Awards (IHPA) was a grand success wherein 200 doctors and dentists from 24 states were felicitated with top honours on 14 Jan 2017. Overcoming the odds and buoyed by the tremendous response received, Swapnil feels the exciting journey of IHPA has only begun.

Swapnil always felt there was a strong need to bring all the stakeholders of healthcare sector onto a single platform. IROLHS, being recently formed, was not in a position to provide any financial help but was certain about recognizing the extraordinary work of medical and dental professionals. Swapnil conceptualized IHP Awards in Oct’16. Along with his small team of friends and colleagues, he started working on creating the structure and framework that would form the foundation for the screening and selection process. Categories across Medical and Dental streams involving individuals and organizations were finalized and a panel of 15 experts from various parts of the country were selected to form the jury. With the foundation in place, it was now time for Swapnil to gear up for a tougher challenge – creating awareness about the awards and soliciting nominations.

Nominations were opened up in third week of Oct’16 and the deadline was set to 31 Dec 2016. Swapnil used the power of social media tools like facebook and whatsapp to spread awareness of the awards and solicit nominations from the medical and dental fraternity. They also tried to reach various doctors and dentists who were showcasing their work in facebook or through various articles. They personally visited and also sent brochures to various medical and dental colleges in Maharashtra, Karnataka, Andhra Pradesh, Gujarat, Uttar Pradesh and Uttarakhand. They could not send brochures to all states due to paucity of time.

As it was a new initiative, Swapnil had to face repulsive responses from some of the members of the fraternity. Some thought the whole exercise is fake, few doubted the sustainability of these awards and some senior professionals also made fun of it. However, it did not deter Swapnil and he continued his work always on a positive note. His efforts started bearing fruits and slowly and steadily the news got spread and they started getting nominations one by one.

Doctors were asked to send their entire CV, photographs, supporting documents along with proof in the form of PDF or presentations for nominations.

While the nominations were being sought after, Swapnil was also working tirelessly on generating funds and attracting sponsors for the award ceremony. The administrative fees collected through nominations only covered a very small portion of the overall requirement of funds for the ceremony. Being a first of its kind initiative in India and with no benchmark to compare against, none of the entities whom Swapnil approached came forward to sponsor the event. It was getting tougher day by day to arrange funds. Finally, some doctors and dentist themselves came forward, contributed for this noble cause and the event took place on purely no profit and no loss basis.

The Jury had a tough time as the CV and resume of Doctors were really extra ordinary. It was difficult for them to select winners and runners up among so many nominations. The event, held in Pune at Residency Club, witnessed awards bestowed upon top notch doctors, dentist, hospitals & institutions, recognizing their extraordinary contribution to the healthcare industry. A total of 200 doctors / dentists were honoured with winner, highly commended and jury recommended awards in various categories .

The credit for this event goes to all the participants and nominees from various parts of country who attended the event. This event was for them, they believed in me and the platform and they are the one who made it successful. Also I would like to give credit to my family members and my friends who have always stood beside me through thick and thin.
Dr. Swapnil Bumb

Dr. Swapnil Bumb is a Dentist by profession. His degrees include BDS, MDS, MPH, Msc, PGDHA, PDCR, CMT, D.Derm. These degrees are in various fields like Dentistry, Hospital Management, Medical Tourism, Clinicial Research and Public Health. He is Founder of Smile Nation-Lets Smile Together, a dental products manufacturing and distribution firm. He is the Founder & CEO of Indian Health Professionals Awards. He has published several research papers in international and national journals. 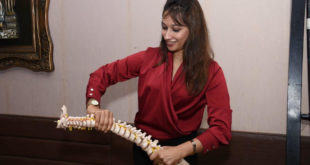 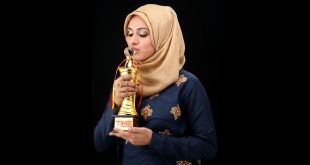 The Award winning Celeb Physio who turns setbacks into comebacks