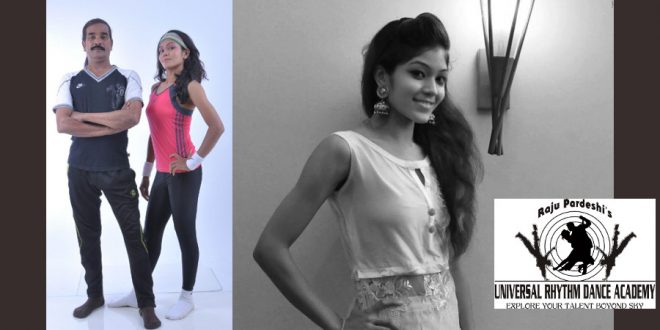 Strong-willed children become adults who change the world as long as we can hang on for the ride and resist the temptation to “tame” the spirit out of them – Sarah Stogryn. Such is the indomitable spirit of Shweta Pardeshi who is on a mission to grow the legacy of her father Rajendra (Raju) Pardeshi in creating talents in dancing in Pune through their Universal Rhythm Dance Academy (URDA). We celebrate the success story of this father-daughter duo.

Hailing from a poor family, Raju sir’s childhood was full of hardships and he had to struggle a lot to pursue his hobby of Dancing. A self-made artist, he started his career in the 70s by performing in various small festivals in his neighbourhood with the local dance groups. Given the competition involved, he soon realised that if he has to sustain in the industry, he has to be different from others, he has to learn new dance forms and have his own USP. Being adventurous and hardworking by nature, he took high risks and developed unique skills in his repertoire including performing break dance on broken glass, dancing with fire and to top it all, he also mastered eating tubelight glass. As risky as it sounds, no wonder, he was called Fire Glass Break Dancer back then.

Industry soon recognised the talent in him. He got the opportunity to work with renowned organisations of that time like Rashmi orchestra, Melody Makers, Dilip Mokashi’s Eagles orchestra, Musical Paradise orchestra and NARI Association in various capacities of dancer, choreographer and dance director between 1985-2005. The multifaceted artist also made a stint in Films. He acted in a negative role in couple of Marathi movies and worked as dance director for movies like ‘Nashib Majhya Lekhicha’ and ‘Mala Jagaycha’ in 2001. He didn’t want the new generation to face the kind of hardships that he faced for pursuing his passion. With this motive, he started to teach dancing since 1986. His institute specialised in folk dance, break dance, bollywood dance, classical dance and in performing and organising dandiya in festivals like Ganeshutsav and Navratri. With the growing stature of his institute, he introduced new forms of dancing and also rechristened it to Universal Rhythm Dance Academy.

Shweta, a PG in Medical Biotechnology, joined URDA as a dance teacher in 2011. A trained artist in contemporary, hip-hop, krump, bollywood, latin, folk, and whack dance forms, she is also a certified fitness coach. She started dancing from the age of 3 and has won many accolades as well. She was selected in the Mumbai Auditions of famous Dance Reality TV Show, DID Season 4 and had won the coveted Takdir ki Topi from the judges. She was in top 15 in the show ‘Honhar Dancing Star’ judged by renowned dance masters Saroj Khan and Terence Lewis. Apart from modeling assignments, she has also acted in movies (Antardah – lead dancer, Atpadi Nights – second lead, Indrabhuvan – lead) , serials (Sangarsh Jivnacha, Ye Bhog Ek Tapasya), video albums (Raat Hoti) and short films (A Mistake).

Shweta is transforming URDA to adapt to the changing times. She is in charge of introduction of new dance forms, partnerships with other dance institutes and dance teachers, participation in events and competitions and incorporation of fitness coaching streams (2014 – Shweta’s Slimming Town Centre) at the academy. In last 5 years alone, she has trained over 2000 students in dancing personally at the institute and has created a positive change in over 400 fitness conscious clients. During these years, her students have also won many dance competitions in group dance and solo dances as well. Some of the students of URDA have done extremely well in dance reality shows like Eka Peksha Ek, Boogie Woogie, Dam Dama Dam, Dance India Dance. She also conducts a workshop every year where she teaches over 300 students free of charge for one whole week.

Life is all about the next step – this is what I believe. What keeps me going is the past struggle of my Dad to survive in this industry and achieve his goals. I want to give justice to my Dad’s struggle in this field and will try my best to take his name to great level – Shweta Pardeshi 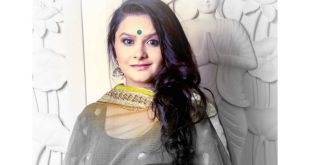 Kathak exponent who heals through her dance 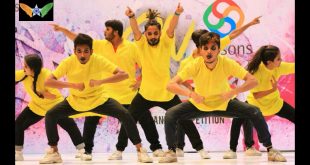 A crew of misfits who create magic in unison