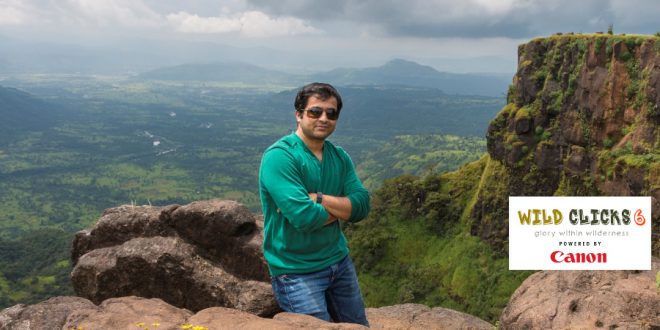 It was a test of shooting mettle, of sensitivity towards moments in the wild and of creativity! Canon Wild Clicks – India’s Only Live Photography Contest concluded its Season 6 on Nov 21 in one of India’s hidden wild treasures – Dudhwa National Park in Uttar Pradesh. The event was conducted by Nature Wanderers in partnership with Uttar Pradesh Government and Forest Department of Dudhwa. Pune’s Rahul Deo, an avid wildlife photographer and IT professional, was adjudged the winner of the thematic category of Cover Shots amongst 100 contestants from all over India. We present to you his success story.

Rahul’s love for photography began long back when only film based cameras were used and owning a Yashica camera was a luxury. He smiles when he tells us that he has not missed clicking photographs at any possible occasion by any possible means may it be my mobile camera or a point and shoot Sony Cybershot with 4x optical zoom. By the time he settled down with job and family, it was already 2012 and it was this year when he bought his first DSLR a Canon 1100D (Now his backup camera). However, he was still not sure what kind of photography he likes most as he liked shooting landscape, animals, birds and people as well. Back then, photography was his hobby, not a passion.

The turning point came in Dec 2014 when one of his friends Shantanu Ambulgekar (who himself is an avid birder) invited him to accompany him to Bhigwan Bird Sanctuary (a birder’s paradise). The sight of hundreds and thousands of Flamingos walking in unison with bright white and flame red view everywhere, painted Storks, Rudy Shelduck, Seagulls in the beautiful backdrop of nature created an everlasting impression on him. He realized this was his calling and decided to focus on birding and wildlife photography. While he has clicked thousands of photos and shared hundreds of them on online mediums like Facebook, Eyeem and Fotolia, Canon Wild Clicks 6 was the first ever grand event that he participated in.

Canon Wild Clicks Season 6 was inaugurated by the Honourable Chief Minister of Uttar Pradesh, Mr. Akhilesh Yadav. Organisers Nature Wanderers screened portfolios and selected 100 photographers from all corners of India to be a part of this mega event from Nov 17-21, 2016. The entire group was divided in 3 parts to be mentored and guided by ace photographers – Shivang Mehta, Tejas Soni, Sandeep Dutta and Saurabh Desai. The participants had 3 full day safaris to shoot Dudhwa flora and fauna as much as possible and showcase their best work. This year’s jury comprised of award winning photographers Ganesh H Shankar and Jagdeep Rajput who spent countless hours judging over 500 images being submitted as per 5 themes given to the contestants – Cover Shots, Animals in their Environment, Miniature World, Black & White and Mentor’s Choice.

I wanted to submit a photograph looking at which a reader would be intrigued by wonders of the nature, something that would create an urge to check out rest of the book or magazine of which the photo would be a cover shot.

When asked about challenges faced during the contest, he says, “The biggest hurdle for me in the contest was to find an optimal set up for a shot as the other 30 odd contestants in my group would be shooting around same location where my jeep mates and I would be shooting our subjects. Second bigger problem was the weather. As Dudhwa is in India’s northern territory very close to Nepal border, it was extremely chilly and foggy for most part of the day, so to find optimum light and visibility was very difficult. Third, Dudhwa was a relatively unknown forest to many of the participants and Rahul was not familiar with the terrain.”

Other pics from Rahul’s Portfolio

Rahul’s photographs have been showcased in prestigious Facebook groups like Nature Photography and in Online Web magazine Kaleidos – Art & Sensations. His photographs also get showcased on portals like Eyeem and Fotolia and are also being sold as commercial copyright material.

My passion has brought me closer to nature, to the soil and to the beauty and source of all life – mother earth.  It has introduced me to new people and big names in the field of wildlife and nature photography, which I believe is the most precious outcome so far. My future plan is to gradually shift my passion to be my full time work because I know nature is where I belong – Rahul Deo 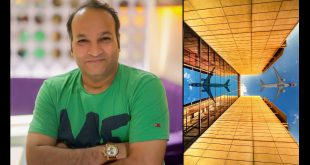 His mastery is in making Trivial look Exceptional 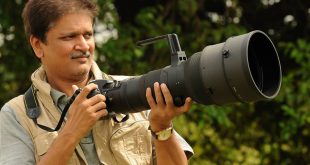