Sumit Asrani, a chemical engineer (ChEngineer) and freelance trainer by profession, is on a mission to develop highly skilled chemical, biotech, process engineers in Process Modeling and Simulation to make the world a better place to live.

As a Chemical Engineer, one aspires to work as a Process Engineer in a dream company. However, to get a job as a Process Engineer is quite a task these days. One of the prime reasons being the technical knowledge gap between what the industry demands out of graduates and what is taught at the academic level. It makes a tough task to get placed in a consulting or an EPC company if one doesn’t get a job from campus.

It was the same case with Sumit, in the year 2011, when he couldn’t get a job through campus. However, he did not give up and instead he made a strong resolve to equip himself with sound technical know-how required to match up with the industry demands. He took up the job of a technician in a textile wet processing unit, underwent part time Post Graduate Diploma in Process Engineering from MITSKILLS, Pune followed by freelance consulting projects for local companies. But destiny had a different plan.

While he was doing freelance projects, Sumit decided to take up an opportunity to train the final year Chemical Engineering batch of MIT Alandi in Dec 2013 on Process Simulation. His hands-on experience on Simulation software Aspen HYSYS, UniSim, HTRI with in-depth understanding of core knowledge and his approach of teaching the topics with practical case studies got highly appreciated. The students were so much impressed that at the end of the full 10 days of intensive training, they gifted Sumit with a memento as a mark of respect for his teaching. This gesture of the students turned out to be the tipping point of his career.

Almost 3 years after graduation, in 2014, Sumit did get a job as a Process Engineer at Aeon India Corporation Pvt Ltd, Pune. But, by that time, Sumit had realized that his calling is in teaching. He felt that the chemical engineers across the country need to know how to get into the industry without wasting much time like it was the case for him. So he left his job in three months and decided to pursue training as his career and he has never looked back since then.

He has taught undergraduate students of MIT Alandi, Sinhgad College of Engineering (Pune), St. Joseph College of Engineering (Chennai). Not just students, he has guided professional Engineers at MITSkills (Pune), Asian Institute of Professional Training (Pune), MCE Consulting Engineers, XynTech Solutions Pvt Ltd. He has also conducted a two-day Workshop on Process Design and Engineering at the prestigious IIT Kanpur (cover photo) and Amrita University (Coimbatore). He has recently conducted two open workshops for P&ID in May and June. 60% of the attendees in these workshops were working professionals who attended to get an edge over others in their company. He also writes technical articles as blog updates on his website which are useful in understanding the concepts.

If you lack simulation skill and wish to learn, then you are at right place under his guidance. After attending his class you will not only learn the art but also master it and perhaps may start working independently. He is a great teacher I have ever met and I bet you will have the same experience if somehow you attend his class.

The demand for Chemical Engineers who know Simulation software that are used in industry along with the technical competency is ever increasing. Institution and Colleges may have the software but may not have the faculty to provide training on such tools. Hence, even professional experienced engineers seek such knowledge and attend his workshops.

When asked about his future plans, Sumit says, “After seeing such a good response and constant demand for such workshops by the engineers across the country, I’m planning to take it to the next level by organizing more frequently in different cities. I’m also working on a book – Process Simulation Guide for Beginners which is planned as an ebook giveaway.“ 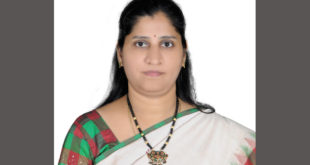 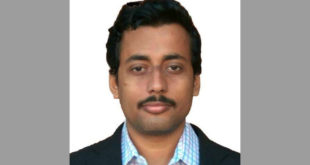