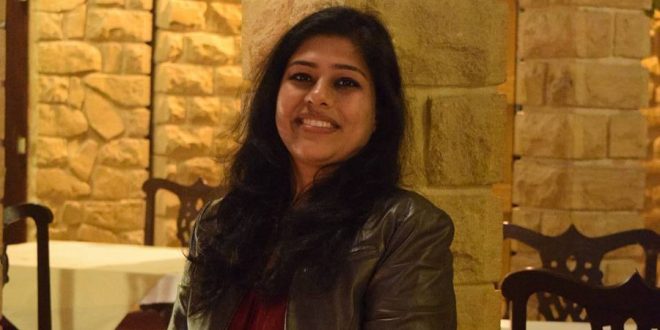 School of Humanities at K.R.Mangalam University, Gurugram, had organized an International conference in Feb ’17 with the theme English Language, Literature & Communication: Innovations & Applications in the Teaching – Learning Scenario (ELLCIATLS -2017). Nearly 120 people from all over India and abroad presented their papers that were judged by well experienced subject experts. The thought provoking intellectual sessions lead to very useful interactions and sharing of information. Shikha Sharma, Asst. Professor of Journalism and Mass Communication, won the Best Paper Presenter Award for her research on the role of films as a tool of communication and perception building of masses.

Shikha tries to keep herself motivated by participating in such events and forums as she thinks that being in the profession of teaching, it is important to understand the power of communication and to harness the same. She generally keeps herself updated with all the recent activities and researches in her field. Her area of research is impact of films on society and how they are inculcating various values and new trends in the coming generations. Her research topic was Deconstruction as a method of Film Criticism.

Various people take films just as a source of entertainment and they don’t want to share their original views on it. Being unbiased to maintain the originality of research is a very difficult task.
Shikha Sharma

Deconstruction as a method of Film Criticism

The relationship between Deconstruction and film, has been less well explored. The original concept of deconstruction, as coined by Jacques Derrida, meant something like conceptually decomposing the literary/artistic work into separate components, looking for items inside, that subvert the explicit and original intention of the work, as a new way to analyze culture products.

The credit for my success goes to Dr. Kumar Rajyavardhan and Dr. Ambrish Saxena, my mentors, who facilitated me with their experienced opinions and guidance.
Shikha Sharma

Shikha accomplished her Bachelors and Master’s degree in Journalism and Mass Communication from Guru Gobind Singh Indraprastha University and started her career in teaching. Prior to joining K.R. Mangalam University, Gurugram, she worked with Fairfield Institute of Management & Technology for more than 5 years.  As an Assistant Professor and a certified Event management professional, she has organized various events at college level and organized seminars on The Right of Children to Free and Compulsory Education: Ground Realities and Challenge and Role of Management, IT and Media in Good Governance. She has a keen interest in photography and short film making.