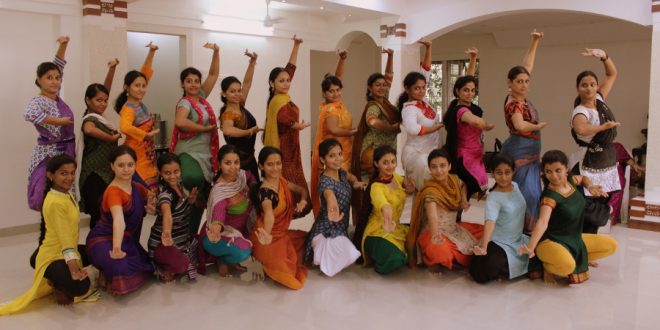 Pune was always well known for its activities in Marathi Theatre and Hindustani Classical Music. But over last few years, we can see nearly all art forms like dance, painting, fine arts, films and others growing and flourishing in Pune. One of the catalysts, small yet noteworthy, for this change has been a charitable organisation working for the propagation and expansion of performing and fine arts – Destiny Centre for Information, Documentation and Research (DCIDR). Over 60 budding artists have already showcased their talent on the platform of DCIDR and over 200 students from Pune, Mumbai, Bengaluru, Delhi and other parts of Maharashtra have been benefited from its Workshop series.

DCIDR is a brainchild of its current President and Creative Head, Tejdipty Pawade and her mother Dr. Sheetal Pawade. With her parents active in social work, Tejdipty was inspired from childhood in following their footprints. After taking admission in Bachelor of Arts – Dance (Bharatanatyam) at Lalit Kala Kendra, she shared with her parents about her interest of working in the field of Arts and her ideologies around developing artists and propagating art that would eventually become the foundation pillars of DCIDR. Her parents further discussed her idea within their social group and many of their friends came forward to support her in her work. This is how DCIDR germinated in 2012.

Generally artists my age try and pull up their sleeves for getting more performances and flourish themselves as a performing artist. But for me the opportunity at DCIDR gave me a chance to flourish as an artist as well as an organizer, who comes forward to create a difference by reaching out to society and propagate Arts.

For over two years Tejdipty and her friends took small workshops where they taught dance, conducted reading activities and held performances with small group of artists. By the time, she passed out of Centre of Performing Arts, Lalit Kala Kendra with Masters Degree in Dance in 2014, DCIDR had grown and spread with many more activities.

As a charitable organisation, the core objectives of DCIDR are 1) Propagation and Expansion of Performing Arts and Fine Arts, 2) Appreciation of Art and Artists and 3) To undertake social work for betterment and upliftment of society through Arts. Tejdipty is now assisted by Dr. Sheetal Pawade (Secretary – DCIDR, Former principal at B.Ed. College) and Prof. Chhaya Bhadane (Treasurer – DCIDR, Professor in a Junior College) in the day-to-day functioning of DCIDR.

Since inception, DCIDR believed in being a learning rather than a teaching organisation. It is said that the best teachers remain perpetual learners. Tejdipty and her team not only focus on the way the students are taught but also encourages the students and the artists to ask questions, share experiences and discuss the topics at length. As a result, not only renowned teachers but also upcoming trained artists find it exciting and appealing to come to DCIDR to spread their knowledge with the students.

One of DCIDR’s primary initiatives – the PAFA (Performing and Fine Arts) club, started in Dec ’14, provides a platform for budding solo artists (Dancers, Musicians, Dramatists, upcoming Filmmakers) to showcase their talent and build their network. In their Master Class and Junior Class series of Workshops, DCIDR has been graced with the presence of great stalwarts and Gurus like Kalashree Rama Vaidyanathan, New Delhi (cover photo); Kalashree Urmila Sathyanarayanan, Chennai; Guru Prof. Parimal Phadke, Pune; Performer Pavitra Bhat, Mumbai for Bharatanatyam and Guru Dr. Rekha Raju, Bangalore for Mohiniattam. In accordance with the changing times, DCIDR also regularly organises the Introduction To series of workshops where they have brought other art forms like Contemporary Dance and Movement by Prashant More and few more are lined up like Tattva Gatti by Janhavii Phatak and Anomit Ghosh and Urban Dance by Ravi Varma.

The energy, happiness, the roaring voice of an actor, the sound of dancing bells, music playing and the smell of the books placed during reading activities etc…and foremost the enthusiasm within the artists, participants or audience creates such a positive atmosphere, that I never felt the need to even think once, would I like to be at some place other than this.

If you are interested to know more about DCIDR or the schedule of its events, you can check their facebook page. 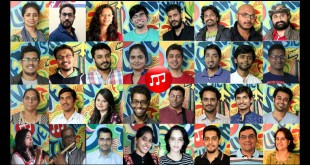