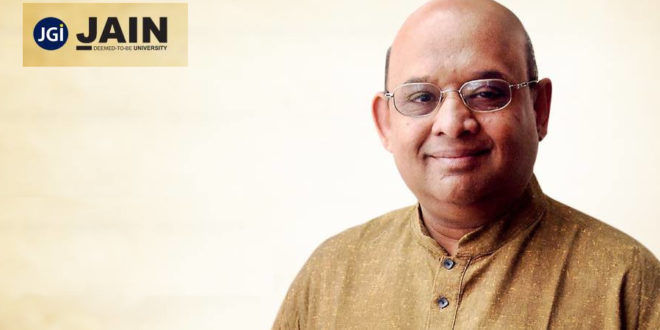 Education plays a vital role in building the future of our nation by transforming lives and communities. We have several educator heroes who help students aim high and achieve their potential, often meeting and overcoming considerable challenges along the way. Recently Delhi based MT Research & Educational Services (MTRES) came up with the second edition of their Teaching Excellence Awards (TEA) 2019, to recognize the monumental role teachers play in our society to create tomorrow’s leaders as they instil a desire to learn and achieve. The awards celebrate the efforts of all those who go above and beyond to promote excellence within our education system. Meet Dr. Sandeep Shastri, Pro-Vice-Chancellor of JAIN University and Head of its Centre for Research in Social Science and Education, Bengaluru, who has been honoured with Outstanding Teacher Award in MTRES TEA 2019.

Dr Shastri prefers to call himself a teacher by choice, a researcher by training, a trainer by passion and above all, a lifelong learner. He specializes in the field of Democracy and Election Studies and is the National Coordinator of the Lokniti Network – an all India group of political scientists involved in survey based election and public opinion studies. He is the Senior Vice Chair of the International Political Science Association‘s Research Committee on Comparative Public Opinion Surveys.

He is an international consultant to the United Nations Development Programme (UNDP) for its Political Party Reform Project in the Pacific Rim Countries, World Bank for its Governance Project in Nepal and the Forum of Federations for its Capacity Building for Democratisation Project in Myanmar, Constitution Making in South Sudan and Federalism in Sudan. He was privileged to play a key role in drafting Karnataka’s Youth Policy by serving as the Chairman of the Drafting Committee of the said policy.

He has delivered lectures and taken up consultancy projects in over 60 countries of the world. He writes both for prestigious academic journals and has authored more than 10 books, 50 chapters in edited books and over 100 articles in prestigious peer reviewed journals as well as in the popular media with more than 200 articles in English, Kannada and Hindi.

He benefitted from the diverse cities in which he completed his school education which included Kolkata, Shimla, Delhi and Kabul (Afghanistan). He consciously chose the social sciences while at school and pursued his BA with History, Economics and Political Science and his MA in Political Science at Bangalore, securing the first rank and two gold medals in his Masters. He joined the teaching profession in 1982 soon after completing his Masters and concurrently pursued his M.Phil and PhD. He taught at Bangalore University for two decades and then decided to switch to the private sector. He joined the Jain Group of Institutions in 2002 to head its social science research institution and teacher training academy. In 2009, when JAIN was established as a Deemed-to-be-University he took over as the Pro-Vice-Chancellor of the University.

During his three and a half decades of teaching/research career, he has made a conscious effort to ensure a dialogue between the world of research and the world of teaching. Even today as the Pro-Vice-Chancellor, he continues to teach for at least 6 hours a week and the range of courses he handles includes Undergraduate, Postgraduate as well as Doctoral programmes.

As a trainer, he has conducted over 500 workshops in which more than 30,000 people have participated and interacted. These workshops have been for students, teachers, researchers, corporate leaders, politicians, legislators, civil society organisations as well as the business community. He is frequently invited to deliver the keynote address at prestigious conferences, be the convocation speaker at graduation ceremonies, address the annual conventions of leading business and financial enterprises besides delivering motivational talks at public events.

He is passionate about teacher training and his focus has been on transforming the classroom from a space of teaching to a zone of learning. He played a vital role in developing WIPRO’s MISSION10x programme which focussed on transforming Engineering Education in India.

He hails from a family of educationists. His brother was a well known Professor of Finance in the United States and his wife is a researcher in Psychology who moved out of formal teaching to establish a consultancy service for Mental Health in Schools and Colleges. Their son is pursuing his PhD in Conflict Studies at the University of Auckland after completing his Masters from the London School of Economics and Political Science.

About MTRES
MT Research & Educational Services is an initiative to bridge the gap between academics and industry. It was founded in 2013 with the combination of industry, academic and research personnel. They execute various educational events (Conferences, Seminars, Workshops, Short Term Courses, Trainings and Competitions) throughout India. They provide various educational platforms for direct engagement of students, academicians and corporates. They execute internships and placement drives also in colleges. Website. 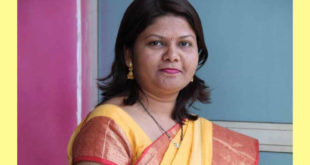 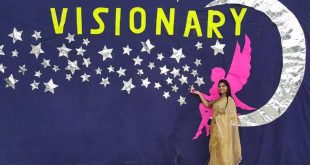