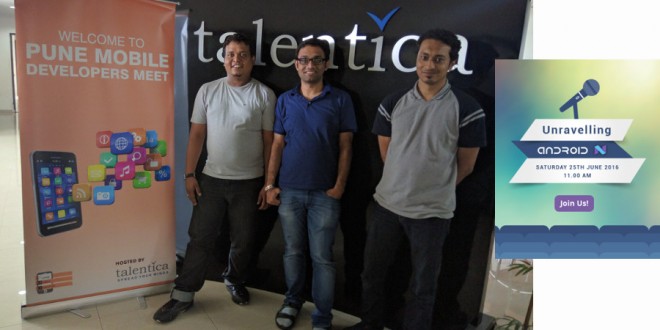 Pune Mobile Developers is the one of the biggest and most active meetup group in pune for knowledge exchange on mobile technologies. With 2800+ members, the group is actively involved in organizing sessions which cover various areas of mobile development in different platforms including Android and iOS.

Ashutosh Tripathi, Suyash Gupta, Kaushal Dhruw, Tarun Sharma, Arvind Morya and Vijendra Khemnar are the core team members of this group. Events are hosted in the premises of Talentica Software which is also the sponsor for this group.

Recently they organised a meetup featuring android N (Nougat) and new features disclosed in Google IO 2016. Agenda of the session was to make the developers aware of the new changes in android ecosystem. This meetup acted as an introduction to Android N and relevant changes.

Android is changing at a humongous rate and keeping up with it is not merely a requirement but a necessity. With lots of new announcements at Google IO 2016, this session was a step in that direction – Kaushal Dhruw

Very happy to have this opportunity where we could explore & discuss the latest offerings from N, this along with the technical discussions post the session with a very enthused audience made it a very rewarding experience – Zoheb Syed

Click here to know more about this event and Pune Mobile Developers group.

The group has already conducted a session on Apple Watch Development as part of its july Meetup. 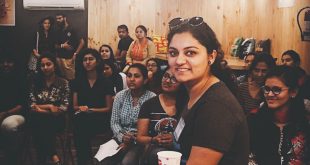 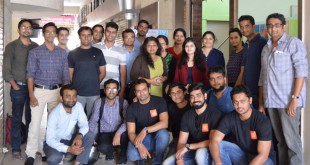 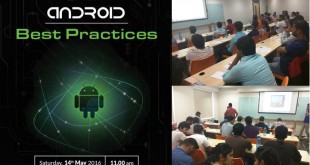