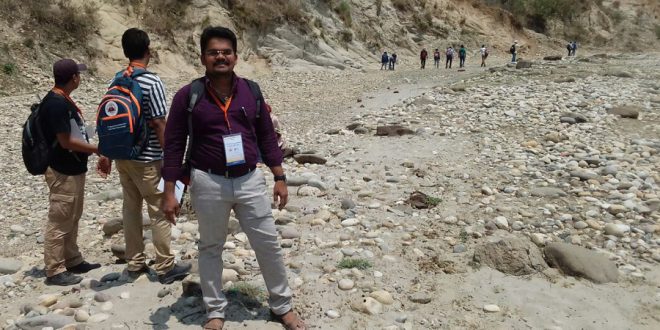 One of the most useful extant remains of a plant that can survive for millions of years under favourable conditions is its pollen or spores. The study of these particles, called Palynology, gives clues to the life, environment, and energetic conditions that produced them. Meet Dr. Daramsothu Seetharam, a Palynologist, Palaeobotanist and a UGC – RGNF Senior Research Fellow at Osmania University, Hyderabad, who’s research in this field has provided fascinating insights ranging from Telangana region’s geological evolution to how allergies and asthma get developed in residents of certain regions.

Botany has always been the favourite subject of Dr Seetharam right from his high school days. After completing MSc in Botany from Osmania University, he was awarded Birbal Sahni Research scholarship and started his research work in Birbal Sahni Institute of Palaeobotany, Lucknow in 2012. Here he got acquainted with various techniques used in Palaebotany for extraction of pollens or spores from the samples and their analysis. He also mastered Aeropalynological techniques to recover the airborne aerospora from spider webs and their analysis. Based on his excellent academic performance, he was awarded  UGC Rajiv Gandhi National Fellowship in 2014 to pursue research in Palaeobotany from Osmania University. He was promoted to UGC RGNF Senior Research Fellow in 2016.

Achievements in Area of Specialization: Applied Palynology and Palaeophytology

The Singareni coal fields located in the Yellandu area under the Godavari basin are one of the largest coal deposits of India and a treasure cove for Palynologists. Spores and pollen get preserved intact in the coal seams without any change due to biological, physical and chemical factors because of the presence of a strong pollen wall made up of chemically inert biological polymers.

Dr. Seetharam researched the coal samples from above area provided by Singareni Collieries Company Ltd. for palynological investigations. Based on his analysis, he inferred that rich diverse flora prevailed in this area during the deposition of sediments and the geological age of the samples dated back to Permian (290-250 Million years ago) age. He also inferred that warm climatic conditions, high humidity, low precipitation prevailed at the time of deposition in this area. Moreover, one of the startling discoveries he made during his analysis was the presence of algal elements which indicates marine environment. Thus, one can infer that a part of current Telangana, particularly the Yellandu coalfield area, was once a shallow marine environment.

Achievements in Area of Specialization: Aeropalynology

Aeropalynology is an applied branch of Science that deals with the study of spore, pollen and fungal spores present in the atmosphere that get transported to different places through air. Spider webs are known to be source of potential natural traps for airborne spores and pollen grains, fungal spores, small leaves, flowers and insect parts of a particular geographical area.

Dr. Seetharam carried out his research on distinct characteristics of the regional flora growing in and around Sanjeevaiah park, Hyderabad using aeropalynological techniques. He observed that there was dominance of fungal spores due to the unhygienic, pollutings activities around Hussain Sagar Lake and also the polluted water of the lake. Airborne pollen grains and fungal spores are the most important natural sources of atmospheric bio pollution concerned with inhalant allergy in human beings especially respiratory allergenic diseases like asthma (allergic lung disease) and hay fever (allergic rhinitis) and contact dermatitis.

Given its use for a diverse range of applications in many scientific disciplines, Dr Seetharam feels his journey as a Palynologist and Palaeobotanist has only begun. He aims to pursue coal petrology (study of rocks) and palynofacies studies of Yellandu Coal fields to determine the depositional environment. He would also like to conduct Melisso Palynology (study of pollen in Honey) of Warangal District. He also plans to conduct Aeropalynological study of Ramappa Lake in Warangal in near future. 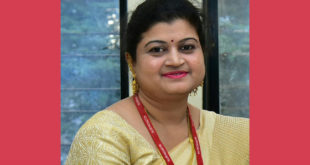 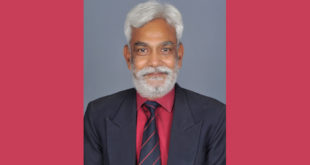 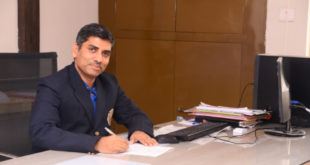 Spreading knowledge and virtues of the noble profession of Nursing