Gone are the days when a birthday meant that you drive down to the nearest bakery and pick up one of mass- produced, exactly same looking cakes! It is now the era of customized desserts, wherein the scope and the range of products available has expanded vastly, much like the occasions for which desserts are ordered – be it an anniversary, a baby shower, a bachelorette’s party or a proposal. And this is where The 5th Course Confectionary, the brainchild and cherished dream of Chef Viren Naralkar, comes into the picture!

Chef Viren had the dream of a career in the kitchen at a very young age, with his passion for experimenting and excelling in culinary activities. He turned this dream into reality through an education in this field. Born in a family of artists, his products always had that edge; being out-of-the-box, as he chose to make his own path instead of treading on the tried-and-tested one.

Before starting with his own venture, he worked in the pastry kitchen at J W Marriott, Pune for more than half a decade, and was the man behind a lot of the sumptuous desserts served at the multiple restaurants at the hotel.

At The 5th Course Confectionary (T5CC), desserts are always made-to-order. Chef Viren strives to design desserts which have a deep emotional and personal connection with the client. He says, “We believe in delivering nothing but the very best. The freshest of desserts are custom-made as per the requirements of the client. Hence we need them to place an order with us atleast a day in advance so as to live up to the mark. I usually have a detailed discussion with my patron – either through a telephonic or face-to-face conversation or through Whatsapp or text. We encourage them to put forth their ideas for their cakes- maybe even share images that they might have seen. We have, at present, a list of 18 flavours of cakes which the customer can choose from.” Most of their cakes are also eggless, thus enabling them to cater to a wide population of all age groups.

I believe in a thorough research before execution, so that the product always exceeds the client’s expectations!

95% of customers come again with a second order

It’s not just cakes that T5CC offers, it’s also a wide range of desserts, right from the classic Italian tiramisu, to chocolate brownies, fruit trifle, mousses, or handcrafted chocolates of different kinds. Among the cakes, the top-selling flavours include chocolate mousse, chocolate truffle, fresh fruit cakes, coffee hazelnut, red velvet, chocolate-orange and tiramisu cakes. The desserts they make, though the best in quality, are quite reasonably priced as well.

The cake was so delicious that though I ordered a 2 kg cake, it was not enough and I should have ordered 10 times more to give the cake justice and to relish the cake to the full extent. In the party there was no person who could stop at just one piece of that delicious cake! – Advocate Bhushan Kulkarni, who had ordered a 2 kg red velvet cake for the birthday of his teacher, designed as a law book

The cake was exactly what I wanted. Perfectly baked, yummy, soft & excellently presented. The best part was that even being a fondant cake, it was not too sugary – Ms Anandita, who had ordered a chocolate hazelnut cake for her husband’s surprise birthday party

When asked what keeps him going, Chef Viren says, “It’s the satisfaction you get out of a perfectly baked cake, and the feeling of having made a difference, of having added a special something to the occasions that would be etched on the customer’s mind forever; and of course the challenge each day of creating something new that nobody has done before!”

Click on the image below if you want to contact Chef Viren at The 5th Course Confectionary. 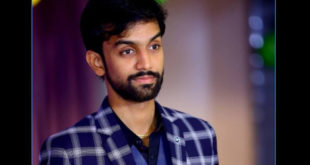